Though the New York Jets are coming off of their first victory of the 2020 season, the Cleveland Browns will be heavy favorite at MetLife Stadium this week, and would move to 11-4 with a victory.

Meanwhile, the division-rival Pittsburgh Steelers have lost three straight games after an 11-0 start to the season. The Steelers' hopes of getting a first-round bye in the postseason are essentially dashed, and if they lose to the Indianapolis Colts in Week 16, they'll be in danger of not even winning the AFC North.

And guess what matchup looms in Week 17? One that will see the Steelers travel to Cleveland, with the AFC North potentially on the line. Should the Browns win this week and the Steelers lose, the Week 17 matchup will likely be flexed into Sunday Night Football, setting the stage for the Browns to win a division title in the final game of the regular season.

So yeah, in addition to fantasy championships, you could say there's quite a bit on the line this weekend.

Before we get to our predictions on the full slate of Week 16 games, let's take a look at the current standings among our RADIO.COM Sports central team members:

Without further ado, here are our selections on every game from Week 16: 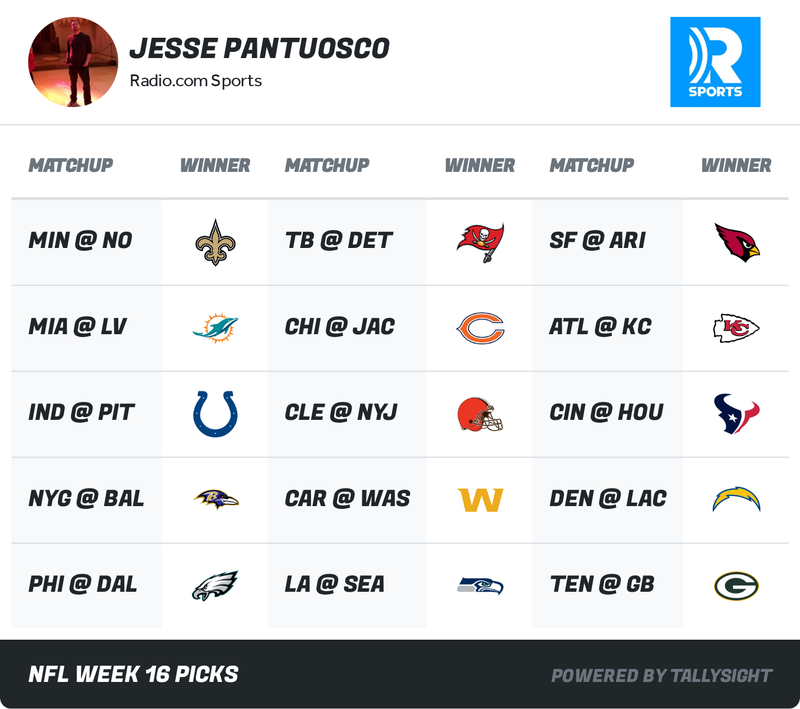 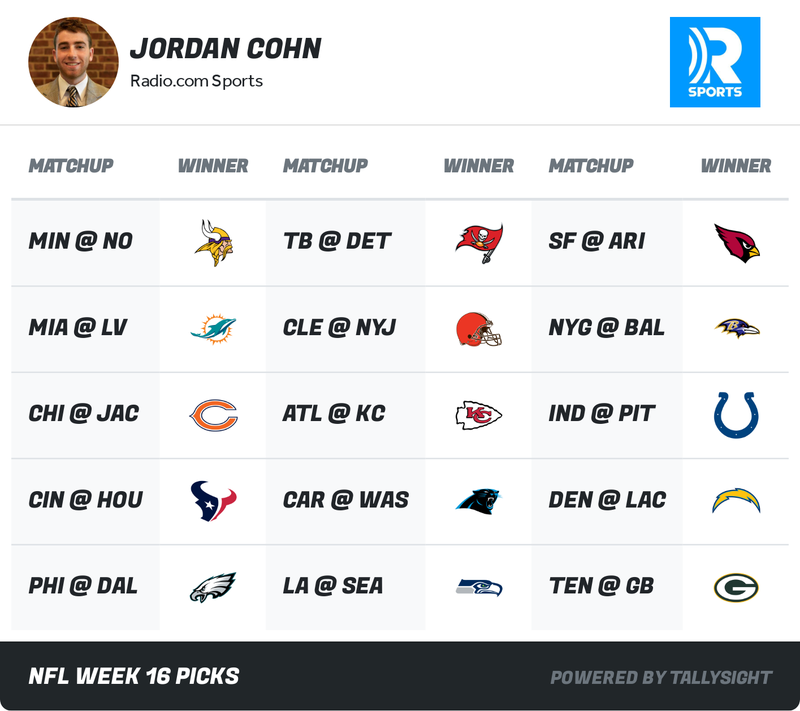 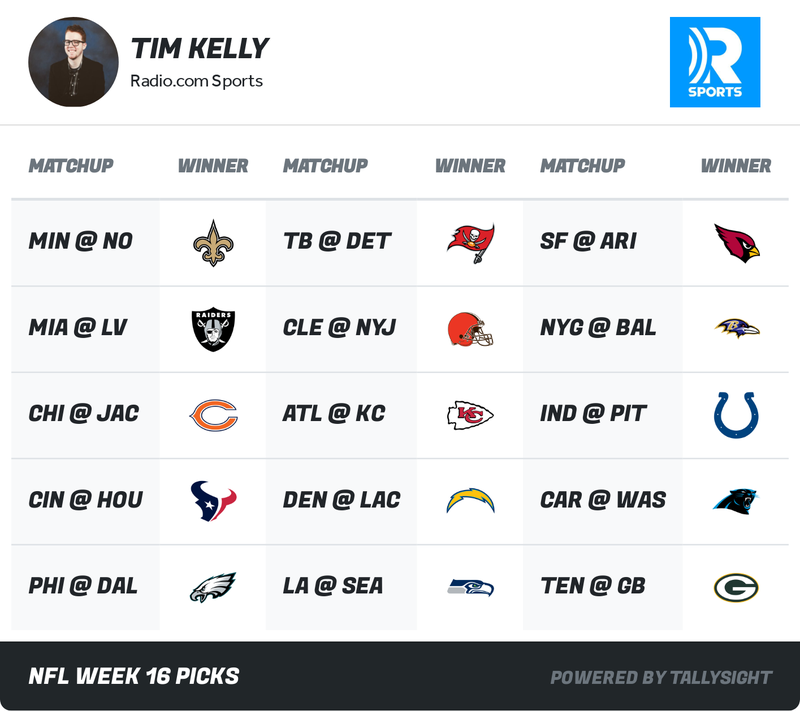 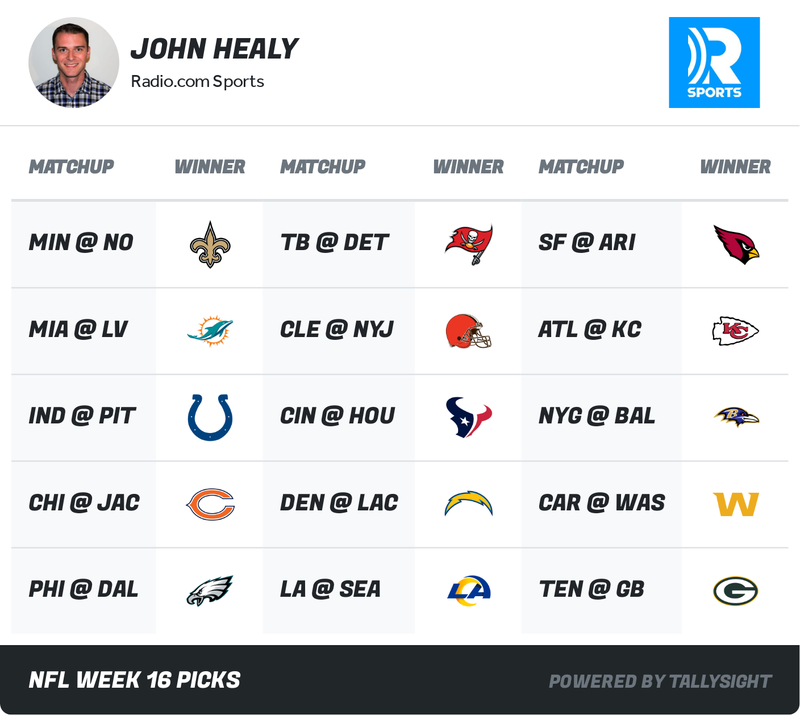