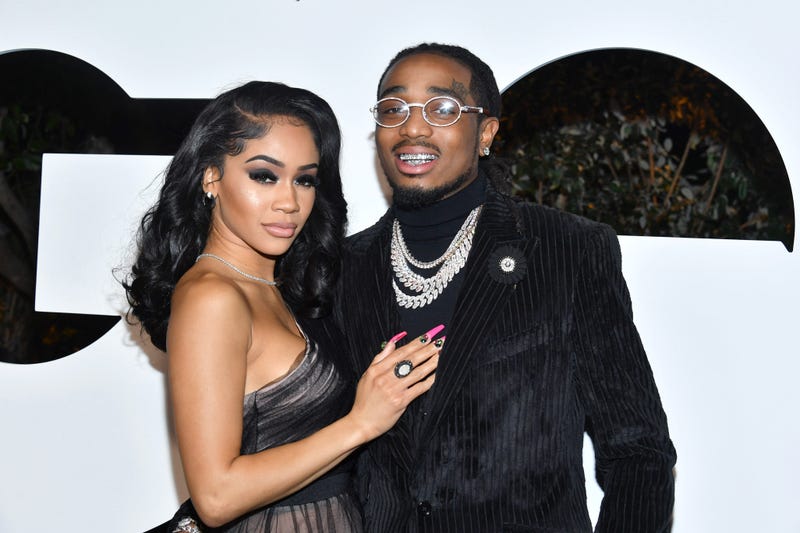 Ok listen, “a Bentley for Christmas” is not a sentence most of us are accustomed to saying, however for Quavo and Saweetie it’s just how rap royalty celebrates the holiday season.

Listen to your favorite Hip Hop music now on RADIO.COM.

On December 22, as Saweetie stepped off the private jet and was greeted by Quavo on the tarmac, the “Tap In” rapper was also surprised with a totally iced out Bentley. As the rapped screamed, “Oh my God!” upon approaching the new car, she took in the details of the customized vehicle.

Quavo got Saweetie a Bentley 🎁 pic.twitter.com/SZ18Q0JY3x

The Bentley boasts metal snowflakes on the exterior as an ode to Saweetie’s hit track “Icy” and on the interior, the word “Icy” is stitched into the headrests.

Saweetie has seen a year of success in 2020. After releasing “Tap In” featuring Jack Harlow, DaBaby, and Post Malone and “Back to the Streets” featuring Jhene Aiko, the Bay Area native isn’t stopping anytime soon. In fact, these tracks will all lead up to her extended project Pretty B*tch Music. This year the rapper also released a third “at home” collection with the trendy fashion retailer, Pretty Little Thing.

Add a Bentley on top of all her 2020 success and one might say Saweetie “can't stop won't stop get guap.”